For the first time in the last 21 years, Elizabeth Taylor and then-husband Michael Wildling’s gated Beverly Hills estate is officially back on the market for $15.9 million.

According to “legend” and some local press, in 1953 when Taylor and Wilding spotted the for sale sign on this mansion, they hopped the gates to have a look at estate. Coincidentally, George MacLean who designed the home had Taylor in mind as a sort of muse while building the lavish property. 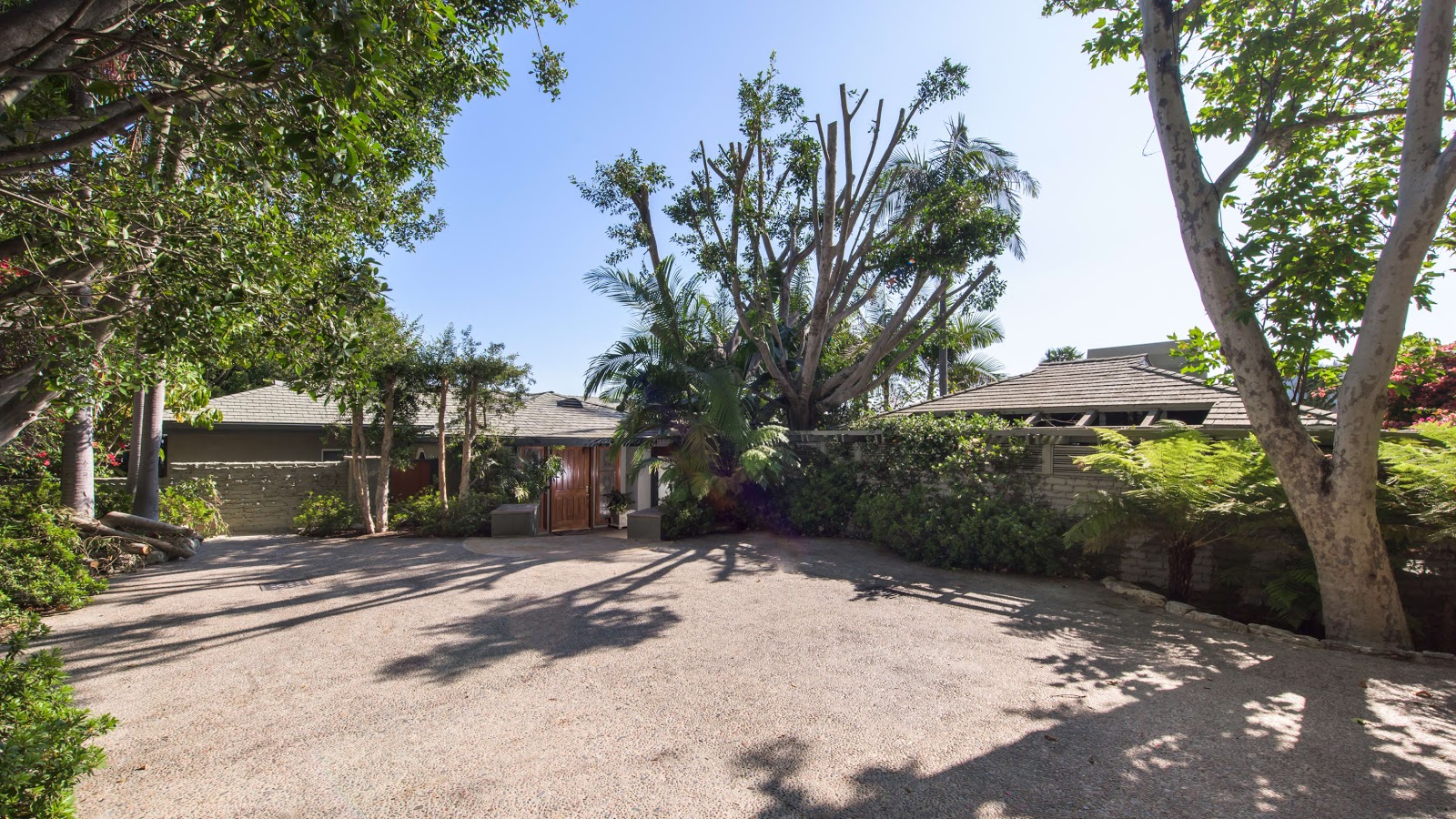 According to Forbes, Taylor and Wilding were loaned the money to buy the property by MGM to appease the up-coming actress and ensure involved with the studio. The couple raised their two sons here before divorcing in 1957.

Almost 61 years later, and the estate is still a knockout. With grown-in, mature landscaping the property has become an oasis, matching the original intent when purchased by Taylor and Wildling.

7,761 square feet of living space sits on just over 2 acres on Beverly Hills Estates Drive, barely outside the city’s border. True to it’s fifties roots, but with a modern upgrades by Budd Holden, designer and architect to Hollywood Elite, the Taylor-Wilding estate boasts all that is LA glam and luxury. Holden, who designed homes for Barbra Streisand and Cher in the 80s and 90s, added exposed wood beams in the sitting room and an octagonal cutout above the master bed. 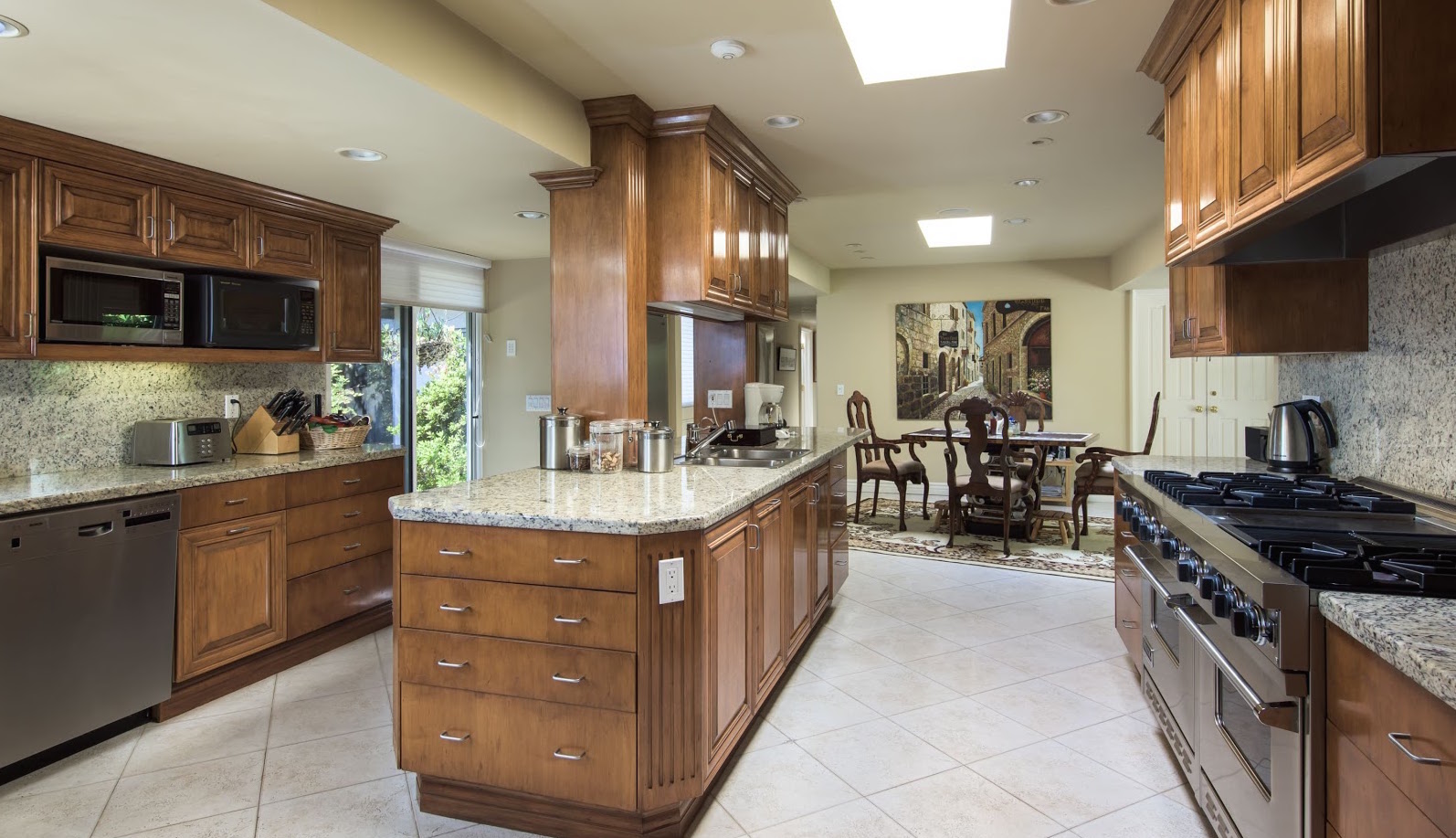 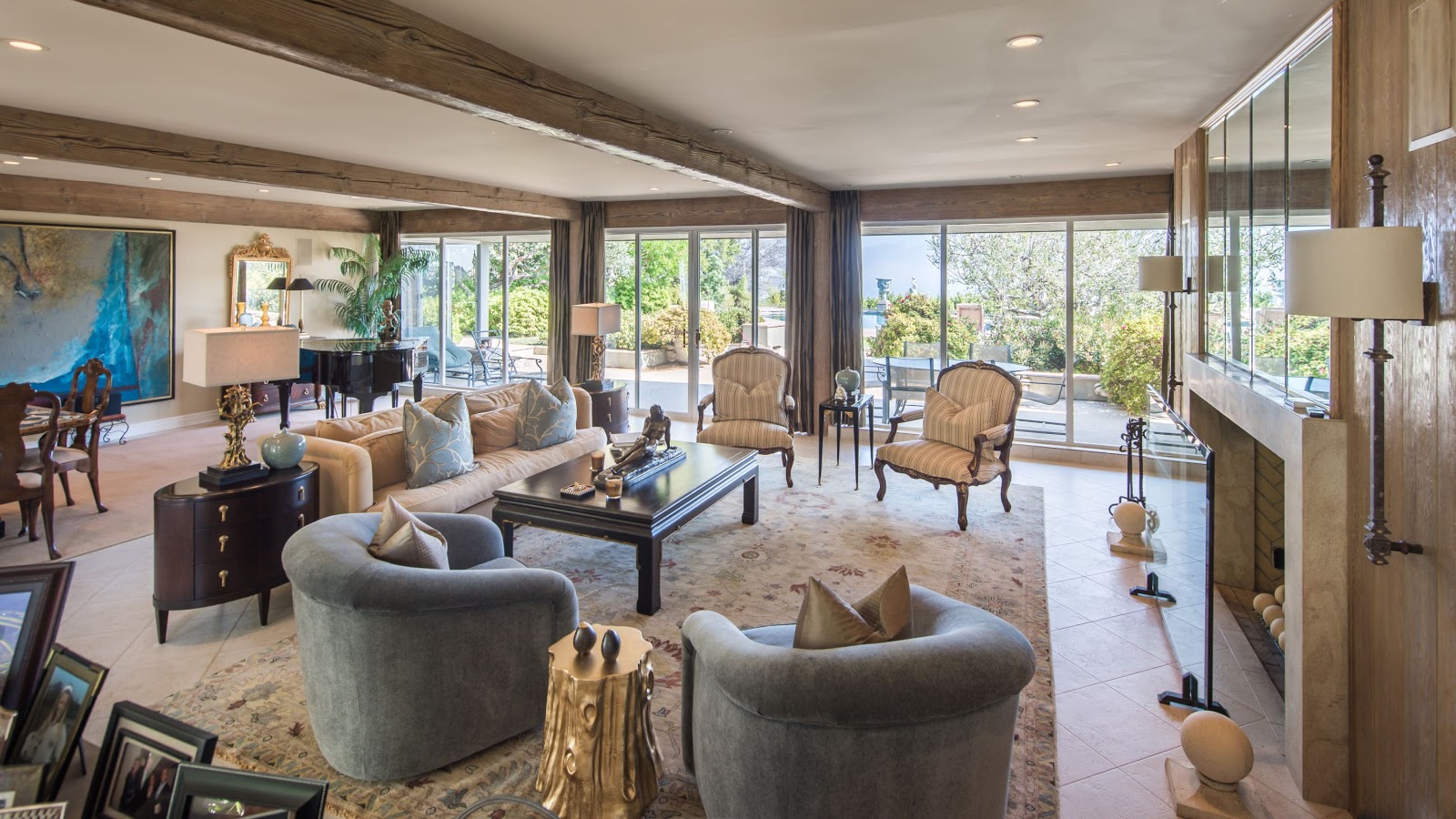 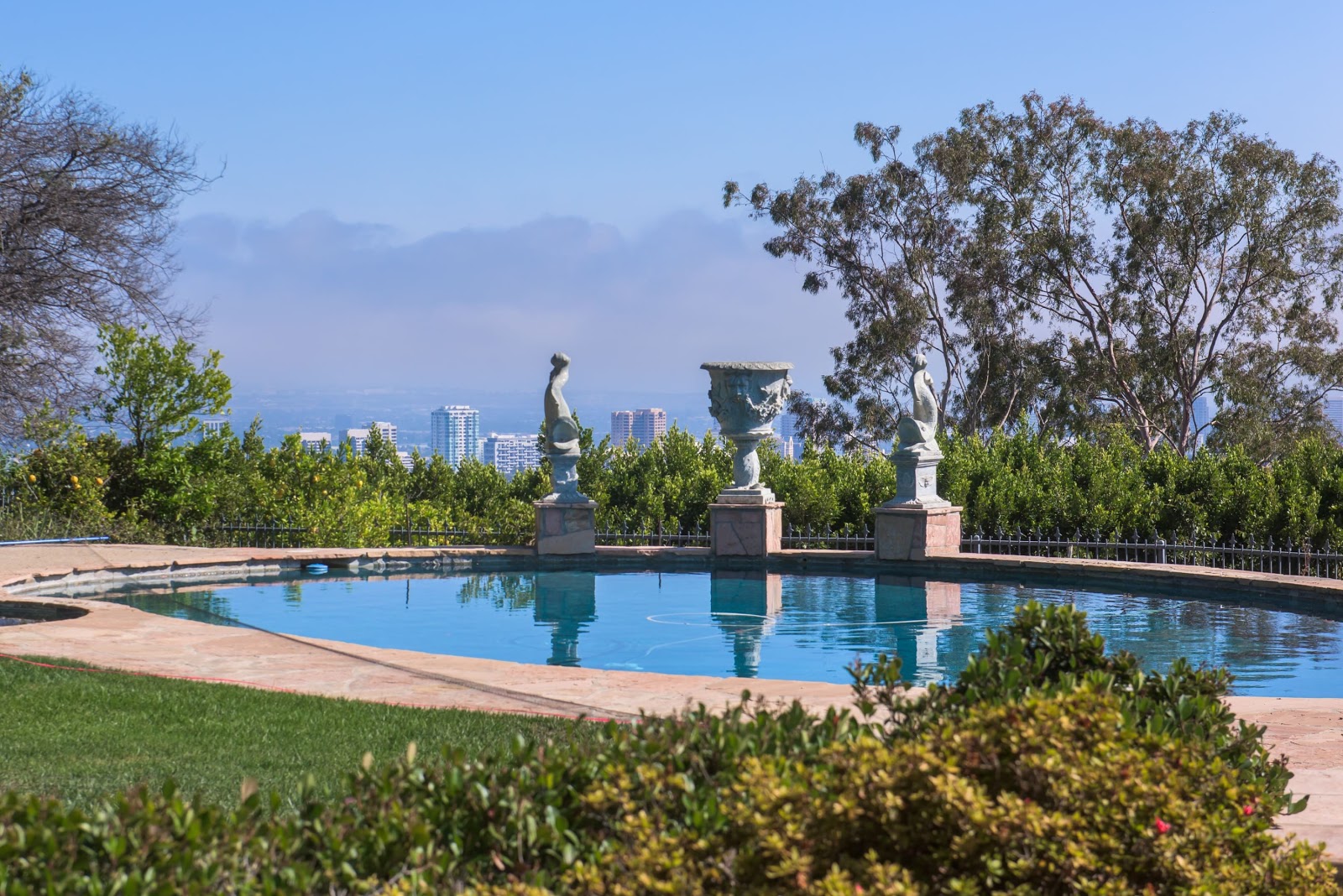 The multiple statues bordering the pool deck add to the mid-century vibe of the property, while the stunning view of the Los Angeles skyline, extending to the coast, offers a modern and timeless appeal. With six bedrooms, four fireplaces and seven baths, this estate is the perfect place to entertain. Not to mention, the pool and spa, which are visible through the floor to ceiling windows that span the house, are also perfectly positioned to overlook the city.

In other rooms, sliding glass doors maximize views of the skyline as well as the lush gardens, and make for complete indoor-outdoor living. In addition, the palm-shaded fountain courtyard, serving as an estate focal point, adds to the old-Hollywood timeless and classic feel. The three-car garage, spacious car park and gated plaza entry also contribute to the privacy of the home in a way that’s both practical and aesthetically beautiful. 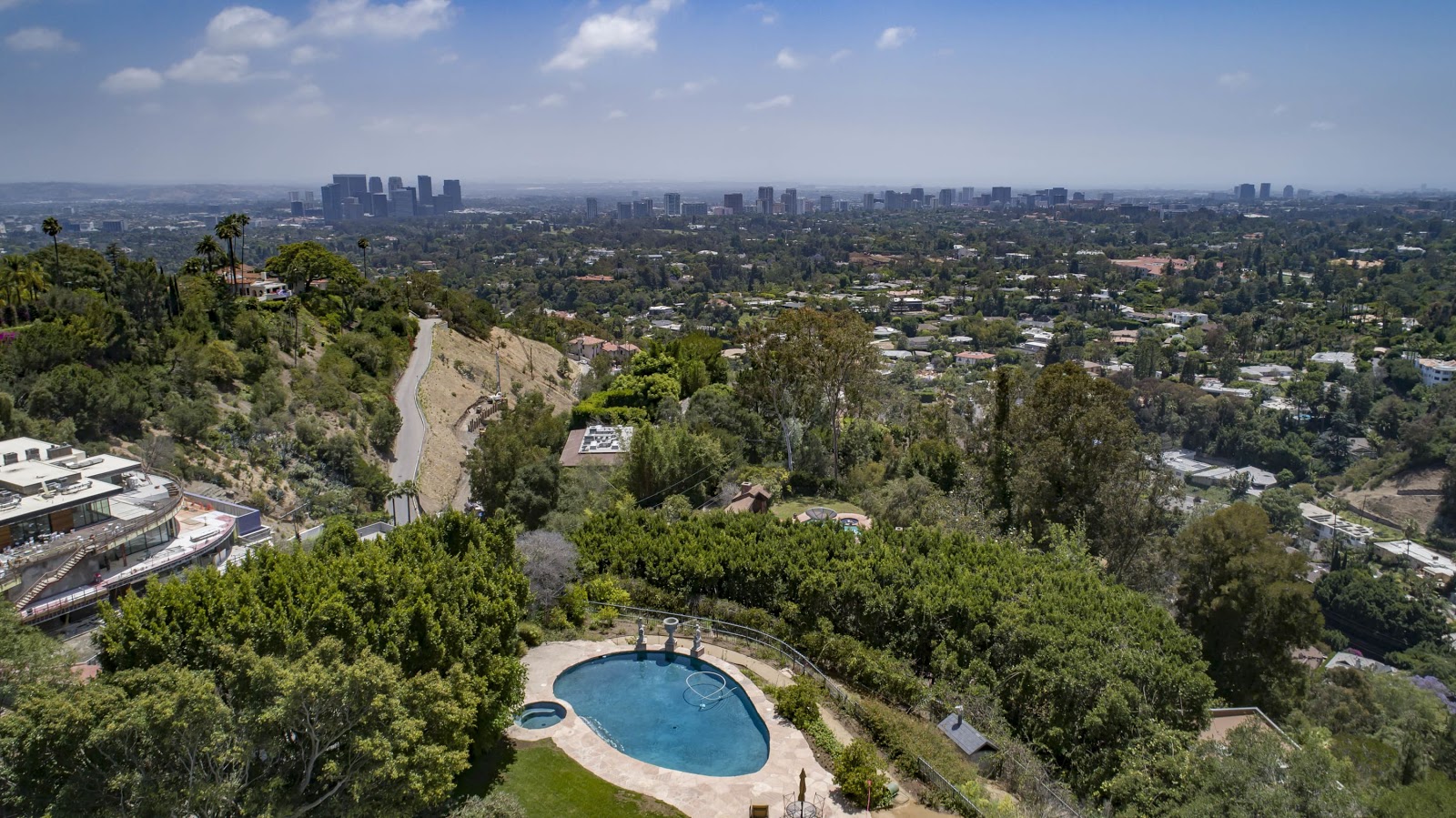 The resurfacing of this home for the first time in 21 years has attracted the curiosity of the global housing market and has received write ups by: Dow Jones, Daily Mail, The Hollywood Reporter, and many others. For an estate with this level of glam and celebrity, it’s no surprise the property has received so much exposure. With a total of 52,919 square feet, this secluded property in the hills of Los Angeles screams Hollywood Royalty and, it’s only fitting that the home once belonged to such.

Arlene is committed to the highest standards of excellence, integrity, and service to faithfully serve her clients. Arlene Rutenberg is a premier luxury real estate broker in Southern California with vast experience in the Los Angeles Westside real estate market and an extensive international network of clients, real estate agents, and partners.